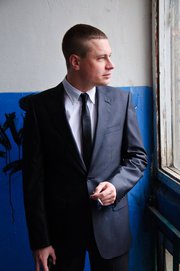 Dmitry Sereda started his career as a musician in 1996 in Ukraine. He was engaged in different metal and heavy music bands and projects. Those were:  Sleeping Flowers, Vast Forest, Great Horn, M.F., Hateblaze. He plays such musical instruments as guitar, drums and keyboards.

Dmitry stars his own project named 7Vortex, being inspired by different types of music (from Rock to Jazz music) and IDM, Breakcore and Minimal Techno in particular. 7Vortex has two releases at Argentine label BPM Front: "Psykhonikah" and "Lime Liquor".

There was much time devoted to digital music experiments. In 2009, under the influence of Dubstep, Fidget House and Minimal Tech House the following tracks were released: Substanz and Nebula (Dubstep) and track Zero-Hero (Techno and Electro focus)