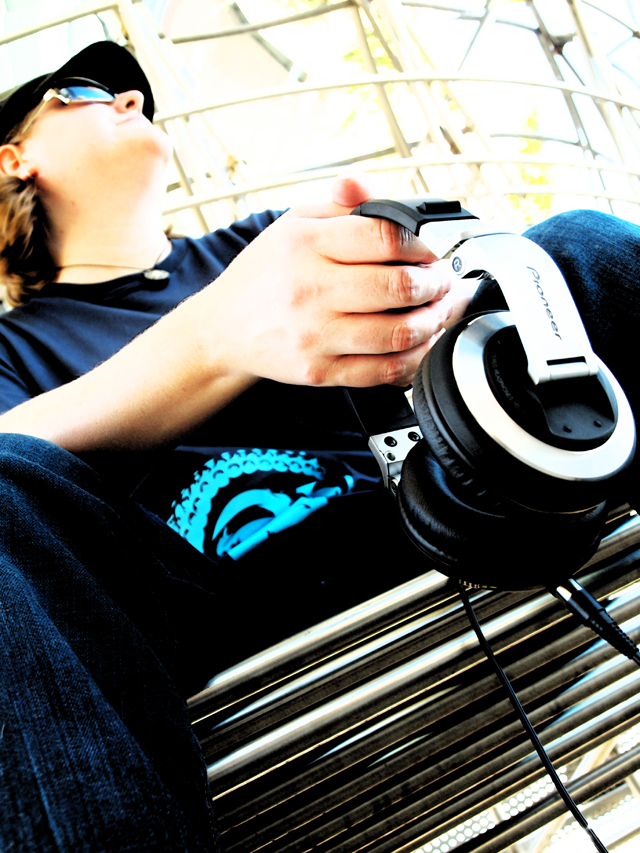 For over two decades, DJ Mary Jane has been amazing crowds across the country with her rollercoaster ride of emotional rhythms and grooves, layering melodies together with extreme precision. Combining heavy, bass driven tracks with driving synths and moody, dark, heavy pounding rhythms, Mary Jane always grabs the listener's attention. She has opened up for such world reknown talent as Paul Oakenfold, The Crystal Method, Mark Farina, Deepsky, Evil 9, Krafty Kuts, Timo Maas, Frankie Bones, amongst many others. She has also performed at hundreds of different events across the United States, as well as been a resident DJ at numerous nightclubs throughout Memphis, spinning everything from techno, tech house, tribal, breaks, progressive and more.

Being coined as the "grandmother" of the Memphis underground electronic scene, Mary Jane has also owned and operated 2 electronic record stores in her past, as well as promoted events with her crew, ESP, and is now focusing on music production. She currently has releases on the Journees Music label out of San Francisco and also Memphis' own, Freaquewave Records. She is also a proud member of the Bang Tech 12 artist collective worldwide. Mary Jane also hosts her own online radio show, entitled Release with Mary Jane & Eno Confusion, live on LFO Radio Tuesday's from 8p to 10p CST. Her legendary sets have been listened to world wide, as she continues to spread her infectious & hypnotic sounds to the masses.

Mary Jane is the owner, soul, creator, and true backbone of the Electric Soul Patrol coalition. She is the main buyer of the music on the site, as well as promoter of her own events with ESP. Everything in her world is dedicated to the expansion and education of electronic music, as well as exposing this scene to the fullest. Mary indeed plays a key role in the Memphis electronic scene and throughout the Mid-South. She is always lending a hand to help others as well, with a huge smile on her face.

Being from a large family with many brothers and sisters, Mary often was exposed to many different types of music, in which deeply inspired and motivated her. She began to play drums in high school with a group of friends in a garage band playing everything from Pink Floyd to Slayer to Jimi Hendrix, and everything in between. The rhythms were very spiritual and moving to her, and thus Mary Jane began her clubbbing experience in Memphis around 1989, where she soon was drawn in to the sounds being played by some of the local dj's at the time. She became fascinated by the genres being played such as disco, industrial, acid house, hip house, 80's synth pop and alternative dance, new beat, etc. Mary was so inspired and drawn into these sounds, that she later bought some dj equipment and taught herself how to spin. Her musical influences were far and wide, spanning everything from Depeche Mode, Erasure, New Order, Skinny Puppy, Ministry, Nine Inch Nails, as well as early break beat, now being called drum & bass, along with techno, trance, and house.

In 1993 she left Memphis and moved down to New Orleans where she began throwing some of the cities first parties and raves under the moniker, Whatever Productions. Mary Jane also held a deep passion for sound and lights, and soon bought some of her own gear. She later was even being a light and sound tech at many of the New Orleans shows, controlling intelligent lighting for such artists as Astral Matrix, Rabbit in the Moon, and more. In New Orleans she often worked beside another production company, then called Moon Patrol, which later evolved into Freebass Society and later changed names again to Disco Productions. She was often seen behind the scenes lending a hand at many Louisiana shows, plus still getting her feet wet in the dj circuit, spinning a few shows here and there, playing a mixture of progressive trance, breaks, techno, and house.

In 1996 she came back to her hometown of Memphis and opened up Millennium Records, Memphis' premier dj and electronic shop. Upon doing so, Mary Jane also became affiliated with another production company entitled Squatch Productions, who also threw parties and events in the Memphis area. Squatch brought out such talent as Rabbit in the Moon, DJ Liquid, Doc Martin, and many more dj's and performers, which brought back life into the then struggling Memphis scene. Soon after, Mary Jane left Squatch and started up another production company entitled Electric Soul Patrol, or ESP for short. She soon was seen playing events all over the country and quickly was making a name for herself, spinning a combination of hard trance, acid trance, and acid techno, with furious BPMs & raging,pounding kicks. While doing so, she still was throwing parties, running sound and lights, and running her record store, Millennium.

She later closed Millennium to start other ventures, in which she soon was a resident dj at many clubs and weeklies. Mary Jane resided at such venues in Memphis, such as Club Vision, Madison Flame, Full Moon Club, Neil's and the Hard Rock Cafe, where she also often organized the events as well under the ESP moniker. In the summer of 2003, Mary helped bring in such talent to the Hard Rock Cafe, such as Paul Oakenfold, Sandra Collins, Garth, Deepsky, and many more area and local dj's. She spun her progressive sounds alongside such great talent, while turning some heads and opening some new ears. While doing so, she was featured in the Memphis newspapers, The Commercial Appeal and the Memphis Flyer, who were both trying to expose the Memphis electronic scene. Mary Jane also performed sets on the radio, such as 89.9 WEVL on the Hitchhiher's Dance Guide, America's longest running dance show on the air, hosted by fellow ESP cohort, Stephen Shocke, as well as the Electric X show on Memphis radio 93 XFM, hosted by Crate. Another highlight was a guest dj spot at Memphis' latest hot club, Senses, the cites premier nightclub focusing on electronic dance music.

In the future Mary Jane still plans on running her online store, djing, and throwing more events to help boost the Memphis scene once again. She also holds a deep interest in music production, in which she soon plans of producing tracks and taking her entire career to that next level. Until then, see her a dancefloor near you!